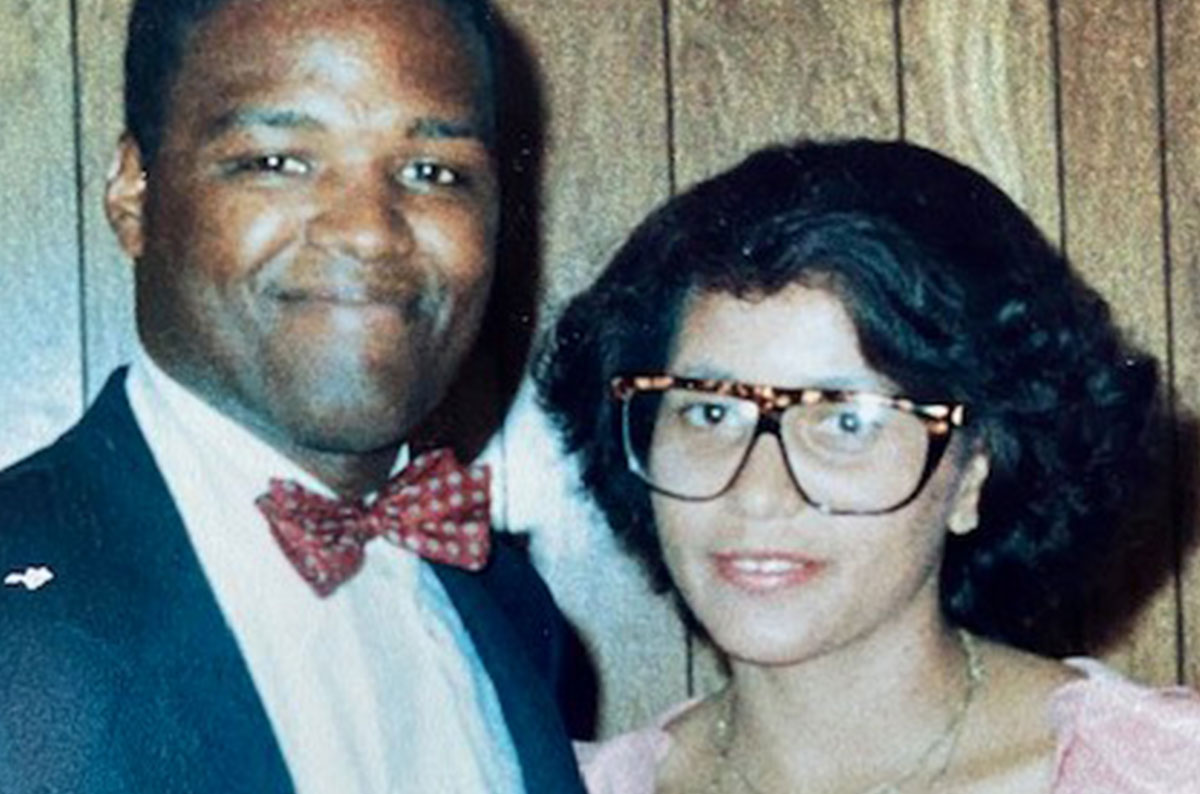 We crossed paths on the first day of college. I noticed her right away, because she was dressed to the nines, like she was going to church, which was like nothing I had ever seen before! I couldn’t help but notice her, me wearing my bad 70s polyester.

In my off-campus dorm, the person at the front desk checked my ID every time I came in, even after months and months of living there. Sometimes I would see Christa hanging around the desk, so I assumed she was a student worker. Then one day she was at the desk, requesting my ID. I asked: “Why do you guys keep asking for my ID? You know who I am.” She said, “Well, I don’t know why they do that. I don’t work here. I just wanted to see who you were.” I couldn’t help but laugh.

The next time I interacted with her was when I was running for sophomore student body president. I was knocking on dorm doors and I happened to knock on the door next to hers. The young lady started asking me questions about why I was running, and I handed her my pamphlet. As I went to Christa’s door, I heard the girl I had just spoken to calling Christa on the phone: “Hey, that guy is coming around, the one running for office. Don’t answer the door!” I became the pesky guy running for office to her and her friends.

I got to know her a bit better when she pledged Delta Sigma Theta sophomore year. Christa — known to friends and family as “Cis” or “Cissy” — was really popular on campus, and not one to mince words. I would sometimes bring my girlfriends over to her place, and when she didn’t like one of them, she would let me know! My youngest daughter is exactly the same. They both cut right to the chase.

I was unsure of what I was going to do the summer after graduating. I didn’t want to go home to Massachusetts, and I applied to law school and didn’t get in. So I wasn’t a happy camper. A big party was being thrown by the Deltas. It was THE party, and you had to have an invitation to get in. My friend invited me, and although I wasn’t in the mood to go, I agreed to join her while she picked up a dress for the event. It was then that she suggested I ask Cissy out, after we saw a dress that looked just like something Cissy would wear. I said: “You know what? You’re right. The next time I see her, I will ask her.” It was then that Cissy literally walked around the corner. We started laughing so hard, and Cissy had no idea why. It was fate.

My first official date with Cissy was a Mostly Mozart concert at the Kennedy Center, where she was working at the time. That was how it began: I fell in love with her on our first date.

It was smooth sailing after that. Cissy and I found that we believed in the same things. And more than that; there was just something about her that drew me in. My entire life changed and has never stopped changing because of her. She helped me figure out what I wanted to do in life; she was a journalist who wanted to write about politics, not be part of it. But she loved policy. She helped me focus on my law school application, and dragged me to the library. It was because of her that I spent a year reworking my essay and focusing on my future. She kept me going.

When I took her home to meet my parents, she walked through the door and immediately joined my mom in the kitchen, becoming fast friends. That day, my dad said: “She is a keeper.” And he was right. When I met her parents, we learned how much we had in common that we never knew about during college! Both of our fathers were in the military for 30 years, retiring as Sergeant Majors, which was very unusual, as very few Black people who enlisted rose to that rank. Cissy was born in Germany, and had lived overseas, having started school in France. I lived in Okinawa with my own family while my father served. So many parallels.

Once we became a pair, she took what I wanted to do and put life into it. She made me believe these dreams of mine could happen. She has completed everything about me, and I can’t imagine my life without her. There is no part of it she hasn’t shaped in a profound way, including today.

Diagnosis and The Path Ahead 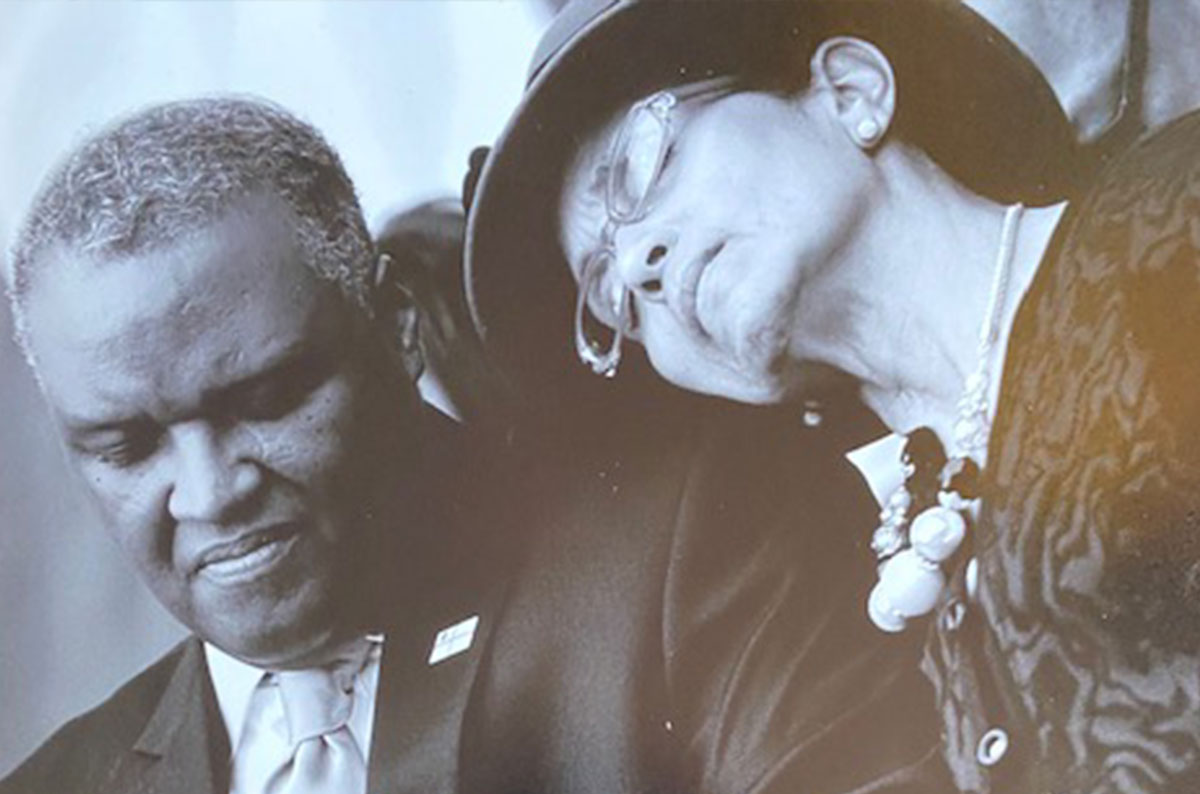 We first noticed signs of Alzheimer’s disease in 2008, and 2010 is when her diagnosis was confirmed.

It was then that I realized all of the things I took for granted. Cissy held an important job as a government affairs director for the United Negro College Fund; before that, she worked for the whip of the U.S. Congress, responsible for mobilizing votes on major issues. She handled all of our finances, too. She was doing so much until she just couldn’t any more. I said to myself: “How the heck does she do all of this?”

Prior to her diagnosis, two incidents occurred. One day, she got lost in Richmond, an area very familiar to her. And then there was the day my son, who was in college, called to tell me that she was late with his rent. I called the management company and found she was behind three months of payments. That’s when I noticed that she was leaving herself notes all around the house, little reminders she had never needed before.

It was around this time that I was running for county executive for a third time. It was a very competitive race and she had always helped manage my campaign, right there in the thick of it. It was a hard adjustment. She wouldn’t remember that she needed to cook, or eat, and then it was no longer safe for her to do so. At home, it was just Cissy, me and my youngest daughter, who was 15 at the time. For months, I did the worst thing possible, which was thinking my daughter and I could handle this alone. But I was wrong. We needed help.

I had been going through bills and found a check made out to the Alzheimer’s Association. I wondered: “How long has she known something was wrong?” I thought that there may be something on the Association’s website that could help me. And there was. It helped me figure out what I needed to change about how I was approaching the disease. It was a godsend.

I stopped crying every day. I realized that I have this beautiful person that I could still talk to, and do things with. We used to go for drives at night, talking about work and things going on in the county. So we kept doing that. I started going back to church, which was very important to her as a person of great faith. I realized that she might fall asleep in the pew, or she may not know who someone is, but we kept her routine as normal as possible for as long as possible, together.

Today, she no longer has the ability to speak or walk, and she has a feeding tube. I am lucky to be able to focus entirely on her. There are no longer the distractions of government work; today I have my own consulting firm and make my own schedule. I’m also able to work closely with my adult children, who are such a huge part of her support system. 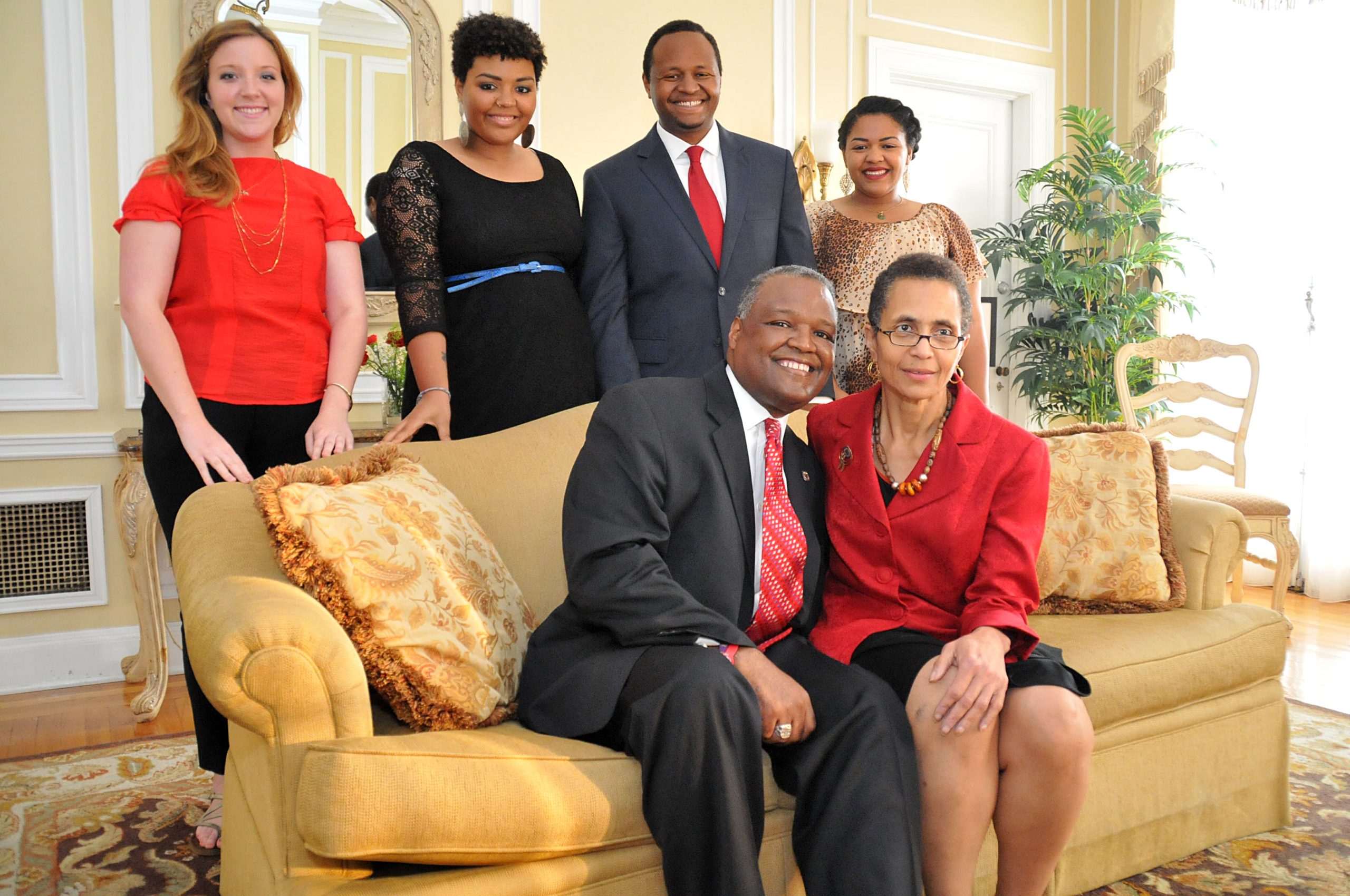 Two of Cissy’s friends, her childhood best friend and her first college roommate, were devastated when they learned of her diagnosis; when they saw her, she wouldn’t speak, or look them in the eye. I convinced them to keep trying. They always get together for their birthdays, so I said: “Let’s do it! The birthdays are coming up. Fly in, we will cook all the food she would normally be able to eat. A weekend slumber party!” The first time I suggested it, they came, hesitantly, but then there was one glorious moment on the weekend when she looked up and smiled at them and they said: “It was all worth it. This is worth it.”

A lot has changed from 2010 to 2021, so I capture the joyful moments whenever I can. One day recently, me and Cissy were sitting watching TV and I thought to myself: ‘Wow… she has the most beautiful skin I have ever seen in my life.’ I had to take a photo and send it to my kids. These little moments are the ones we long all for.

Life is very different. Cissy can no longer meet her beloved Delta Sigma Theta sorority sisters in Atlanta for reunions, or host brunch for them when they come north. She can no longer lead the way for me, so I try to lead the way for her. She is still strong, and so loving. She is the bravest person I have ever met, and even more so today than when I met her. Despite everything she has gone through, she still lights up any room. And she has the ability to make everyone around her their best selves.

I chased this hard-charging professional, take-no-prisoners kind of woman and ended up with the sweetest, most loving, encouraging ray of sunshine you could ever find on this planet. They both changed my life dramatically, and for the better.

How much luckier of a guy could I be?

– Christa Lynn Beverly passed away peacefully in her sleep the morning of September 18th, 2021 –